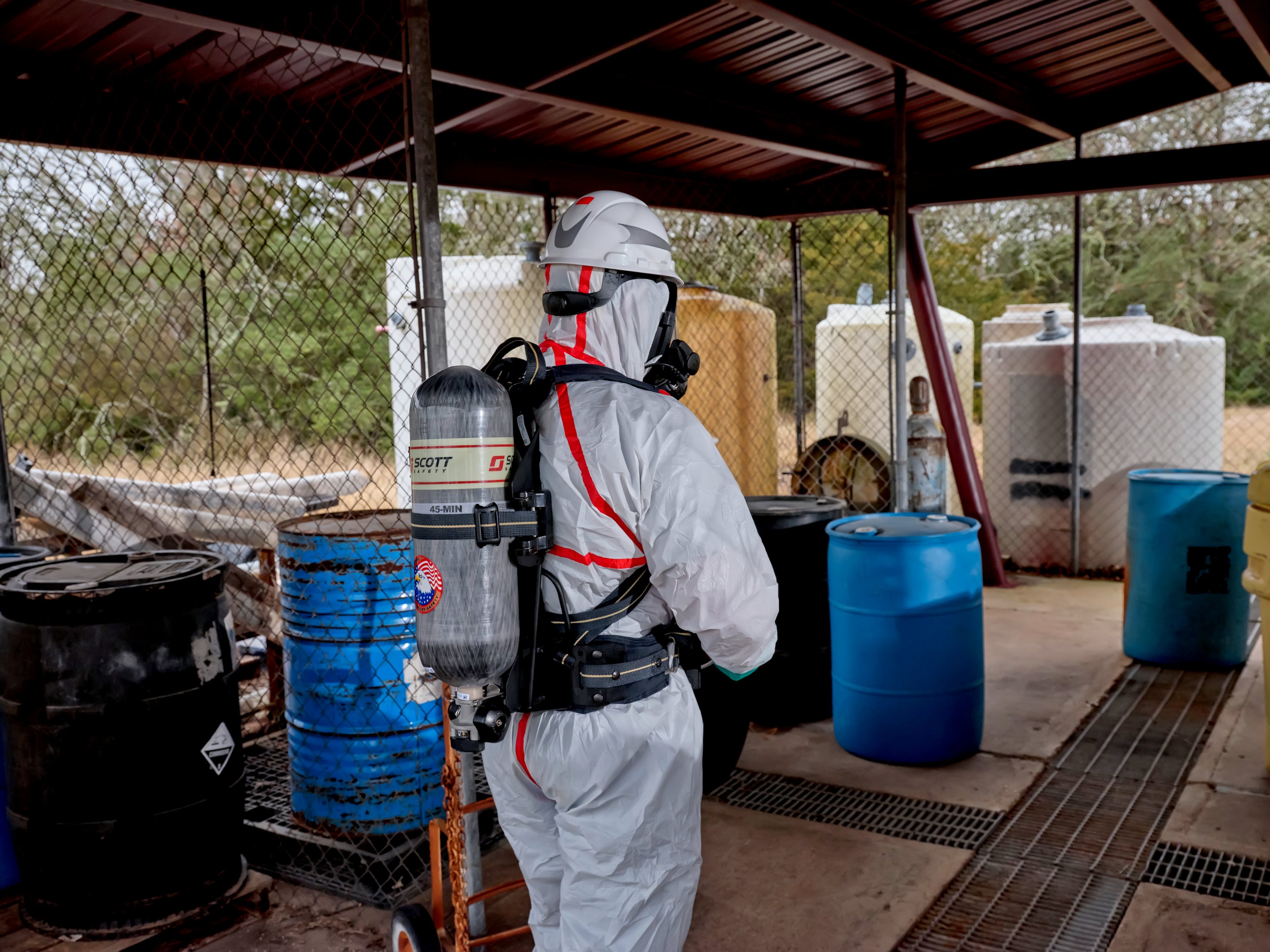 Certain gases are better refrigerants than others because of the amount of heat they absorb, and their cost. This is why ammonia is used in many refrigeration systems.

Ammonia is a gas at room temperature and normal atmospheric pressure. When pressurized, ammonia can be turned into a liquid. The liquid can be pumped to wherever cooling is needed. When the liquid is allowed to expand from a small pipe into a larger pipe, it turns back into a gas as it returns to normal atmospheric pressure. The process of expanding creates a cooling effect.

Refrigeration systems that use ammonia can commonly be found in arenas, cold storage facilities, food and beverage manufacturing or processing plants, and ice manufacturing plants. However, despite its widespread use, ammonia leaks can represent a dangerous respiratory hazard that can be fatal.

Why ammonia can be dangerous

The tragic incident at the Fernie Arena in British Columbia in October 2017 shed light on the potential for death and injury when a corroded pipe caused an ammonia leak, causing the deaths of three workers on site.1

In normal temperatures, ammonia gas tends to rise and disperse because it is lighter than air. However, in high humidity environments, ammonia can combine with the airborne moisture to create a white cloud that’s heavier than air. This white cloud of ammonia increases the exposure risk for workers at ground level.

Airborne ammonia can dissolve easily in the moisture found in the eyes, nose and throat and can cause irritation or tissue damage. Contact with liquid ammonia can freeze skin and cause a frostbite-like sensation.

How much ammonia exposure can be dangerous?

The American Conference of Governmental Industrial Hygienists (ACGIH) recommends that exposure to airborne ammonia be limited to 25 parts per million (PPM) over an 8-hour period. This is roughly the equivalent of allowing 1 liter of liquid ammonia to evaporate into a room that is 30 meters long by 30 meters wide by 30 meters high. The National Institute for Occupational Safety and Health (NIOSH) states that the airborne concentration considered immediately dangerous to life or health (IDLH) is 300 PPM.

Ammonia is also very flammable when airborne concentrations range between 15-28%. However, ammonia tends to disperse quickly in the air, so concentrations of this magnitude are only likely to occur during a major release. This can happen when over-pressurized containers explode. The resulting ammonia cloud may catch fire if ignited.

Legislation to protect against the hazards associated with refrigeration

In order to help prevent injury and minimize risk, provinces require employers to have comprehensive health and safety programs that anticipate, recognize, evaluate and control the hazards associated with refrigeration. Elements of these programs can include:

When the threat of ammonia exposure is present, it’s important to use the correct type of respiratory protection to allow for escape and recovery, as outlined below. 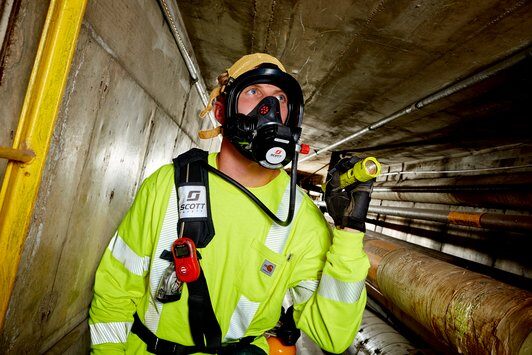 When ammonia exposures are known

When ammonia exposures are unknown

When conducting maintenance activities in a refrigeration system where there is a risk of an ammonia leak or when exposure concentrations are unknown, multi-functional atmosphere-supplying respirators can be used. These types of respirators are commonly known as combination self-contained breathing apparatus for escape or pressure demand Type C supplied air respirator. As the names imply, these respirator systems combine a supplied-air respirator with a small air cylinder that is designed to be used for escape. Every jurisdiction in Canada allows them to be used in unknown or potentially IDLH environments and they are simple to set up and use. Portable air carts can also be used and wheeled into place to provide air during the work activity. In the event of an upset condition, the wearer can disconnect from their airline and escape while breathing from the emergency air supply worn at their hip.

Another option for emergency usage is an emergency escape breathing device (EEBD). This type of self-contained breathing device is simple, lightweight and compact and is intended for emergency escape. The essential components of these systems include a loose-fitting hood and a small cylinder of breathing air that can last from 5 to 15 minutes. The user simply opens the cylinder valve to start the airflow and pull the hood over their head. The hood design helps protect the nose, eyes and throat from irritating gases and vapours.

Once an ammonia leak has started and airborne contaminants are unknown, a self-contained breathing apparatus (SCBA) is typically used. All jurisdictions in Canada allow the use of a SCBA for respiratory protection when entering potentially IDLH atmospheres. SCBAs have the highest assigned protection factor (APF) of 10,000 and are available with cylinders rated for 30, 45, 60 or 75 minutes of air supply. A major benefit of using a SCBA is that they often allow for quick cylinder changes, which enable extended work times and minimal disruption.

As with any workplace hazard, prevention and preparation are key. A comprehensive and well-practiced health and safety strategy can help minimize the chance of an ammonia leak but also ensure that everyone is ready to respond in the event of an accident.

If you have other questions about how to protect workers from ammonia or other respiratory hazards, reach out to a safety specialist today.